Do Tumors Hold the Key to Their Own Destruction? 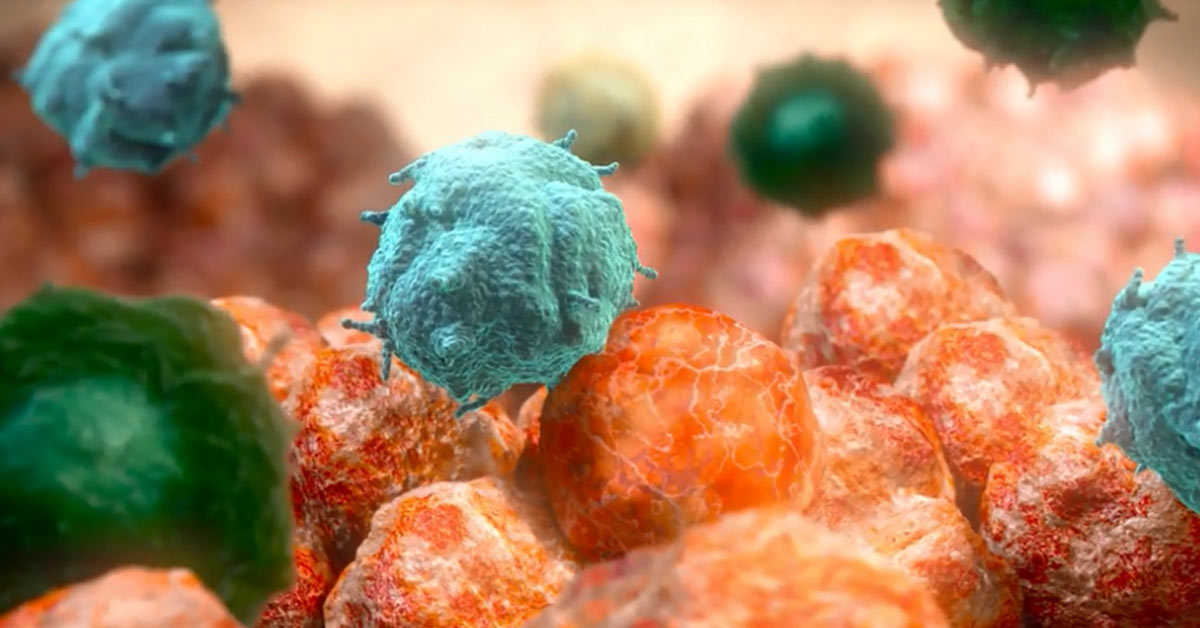 No two cancers are alike. Just as each person’s genetic material is unique to them, every patient’s cancer cells act in their own way. For example, some cancers respond well to chemotherapy or immunotherapy; others, not at all. This can be frustrating to doctors, and oncologists today agree that treating cancer is largely about finding a specific solution for each patient, using clues from the tumor’s behavior to discover the best option.

But what if there were a better way?

By studying the interactions between a tumor and a patient’s immune system, researchers at biopharmaceutical companies such as Bristol-Myers Squibb (BMS) are trying to reduce the ambiguity involved in fighting cancer. In a healthy person, the immune system detects a cancerous or mutated cell and activates cytotoxic T cells, which recognize the tumor cell and target it for elimination. This process happens naturally in the body multiple times per day. But some tumor cells have mechanisms to evade or suppress the immune response, allowing them to grow without restraint.

BMS researchers are trying to understand these immune-evasive mechanisms, in the hope that they can block them, and allow the body to eliminate the cancer on its own. This topic was recently discussed in Scientific American.

For instance, human cells have what’s called “immune checkpoint receptors,” which put the brakes on the immune system and prevent it from attacking healthy cells. One of these receptors, known as PD-1 (programmed death-1), alerts the T cells to suppress the immune response, which prevents the body from attacking itself in a healthy person. However, some tumors are able to stimulate the production of PD-1, causing the T cells to become exhausted and lose their ability to fight the cancer.

Not every cancer cell works this way, however, meaning that treatment that inhibits a tumor’s ability to rely on checkpoint receptors will only work in some patients.  Researchers are trying to locate the biomarkers in cancer cells, so they can determine the most effective treatment.

“Ideally, when a patient is first diagnosed with cancer, we’ll be able to do an analysis on their tumor, identify these biomarkers in the tumor microenvironment, and determine a personalized course of treatment,” says Saurabh Saha, head of translational medicine at BMS. “We’ve already started doing this to some extent for checkpoint inhibitors, but to see the field expanding with more biomarkers and treatment options is an exciting step towards precision medicine for more patients.”

This is one of the more than 240 ways biopharmaceutical researchers today are seeking new and better treatments to fight off cancer. Through advanced technologies, such as bioinformatics and digital pathology, as well as sophisticated pharmacology and pharmacometrics, scientists can see more, analyze more and glean better insights that could help inform clinical trial design and, ultimately, treatment choices.

“We’re starting to see the future possibility of finding the right treatment combinations for the right patients at the right time,” says David Feltquate, head of oncology early clinical development at Bristol-Myers Squibb. “We still have a long road ahead, but every day, and every new learning, brings us one step closer to our goal of changing the outcomes for patients with cancer.”

Disclosure: Bristol-Myers Squibb is a member of the Pharmaceutical Research Manufacturers of America.